Over the river and through the prairie, from Pennsylvania to Texas we go!

Join us for an online presentation with Dwayne Estes on Wednesday, June 22 at 7 p.m. The registration link is below.

Dwayne Estes will discuss the fascinating but untold story of how Southeastern grasslands fueled America’s westward migration. From Philadelphia, Jamestown, and Charleston, he’ll trace the largely unknown “grassland highways and islands” that generations followed through the Southeast and on to Texas. Southeastern grasslands had been maintained by edaphic conditions, fire, grazing, and Native Americans. Rich meadows were replaced with sterile pastures. Fertile prairies were plowed into fields of corn and cotton. Savannas turned into forests with fire suppression and loss of bison. More than 90% of Southeastern grasslands have vanished, along with much of their biodiversity.

Dwayne will show examples of the grasslands that were important in westward expansion and examples of some that managed to survive the past 500 years. Southeastern Grasslands Initiative (SGI) is working to rebuild the lost Southeastern grasslands, but in doing so they will need to form partnerships across their 24-state region, including eastern Texas.

SGI is a conservation organization affiliated with Austin Peay State University dedicated to the protection and restoration of the Southeast’s native grasslands. In addition to his role as executive director of the Southeastern Grasslands Initiative, Dwayne is a Full Professor of Biology and Principal Investigator for the Center of Excellence for Field Biology at Austin Peay, where he teaches courses in botany and ecology. 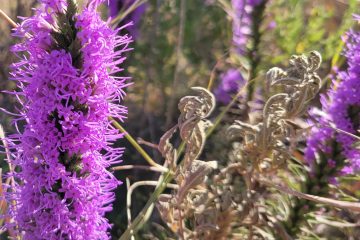 Education is one of the most important allies to the almost-extinct Texas prairie ecosystem. This year Della led 7 teacher workshops that could reach over 22,000 students. Read more » 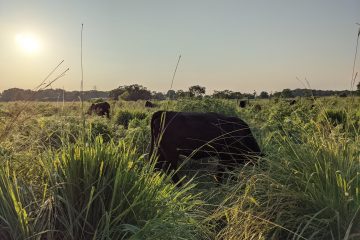