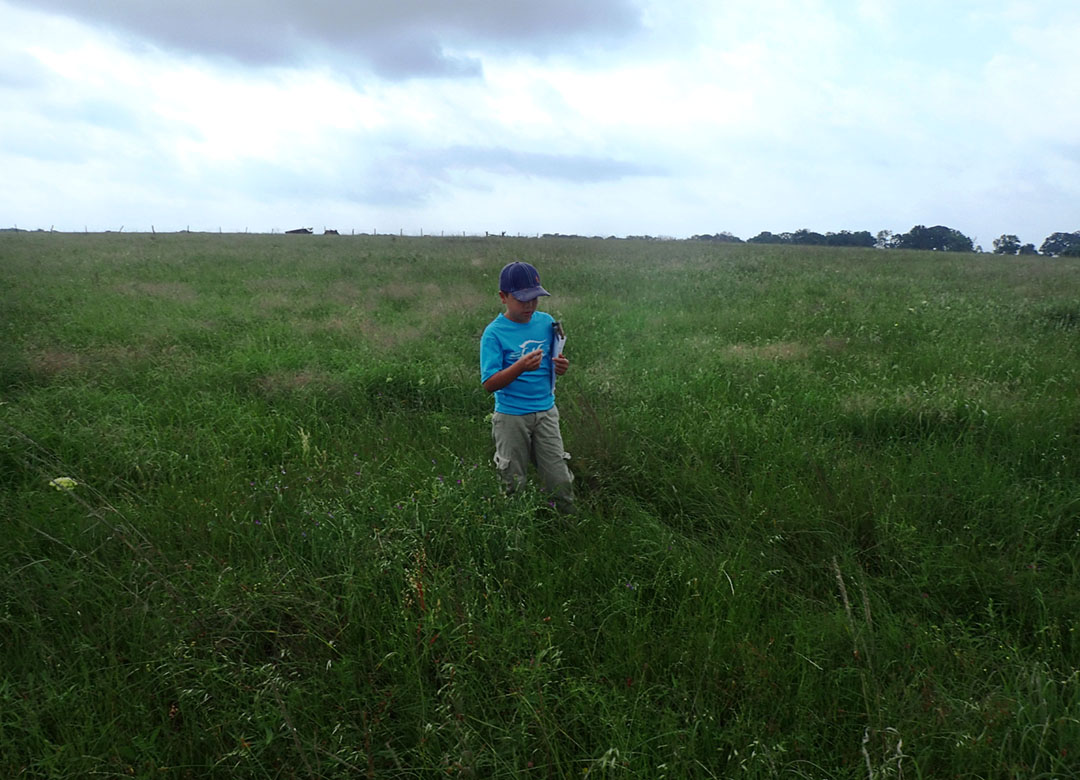 In 2020, NPAT and Karl and Kelli Ebel closed on a conservation easement on 482 acres of native grassland in Hopkins County. The Ebel Grassland Ranch conserves a Silveus’ dropseed prairie while successfully operating a goat and cattle ranch. Purchase of this conservation easement was made possible by a cooperative agreement with the United States Department of Agriculture (USDA) Natural Resources Conservation Service (NRCS). It was funded through the Agricultural Conservation Easement Program as a Grassland of Special Environmental Significance. Additional funds toward the purchase were granted by the Horizon Foundation, Malcolm C. Damuth Foundation, and the Texas Land Trust Council.

Karl and Kelli, along with sons, Christian and William, have conducted a learning adventure in grassland ecology, where they continue sustainable beef and goat production utilizing a rotational grazing system, prescribed burning, and trample planting. The Ebels’ grassland restoration project began in 2003 with a purchase of 645 acres. In 2012, 360 additional acres were added to the restoration project. Most of this land was “go-back” land that had been farmed and grazed since about 1834.

A site assessment by Jason Singhurst, botanist at Texas Parks and Wildlife Department (TPWD), confirmed that at least 780 acres of the property was originally one of the rarest native plant communities in Texas: Silveus’ dropseed prairie. The other 277 acres are riparian woodland, dominated by oak and hickory species.

The Ebel Grassland Ranch received the 2022 Lone Star Land Steward Award for the Blackland Prairie region. We are so proud of them!

What is a Silveus Dropseed Prairie?

In the northern and eastern edges of the Blackland Prairie, a different type of soil helped create a different type of prairie. Silveus’ Dropseed prairies have loamy, low pH alfisol soils that formed mainly on bedrocks higher in sand content and lower in calcium carbonate. The plant community is dominated by Silveus’ dropseed (Sporobolus silveanus) with lesser amounts of longspike tridens (Tridens strictus) and Florida paspalum (Paspalum floridanum). Low, circular mounds called mima or pimple mounds dot the otherwise flat to gently rolling landscape in this portion of the Blackland prairie in eastern Texas.

Rotational grazing is probably the single best management tool used for both the economic and ecological health of grasslands. On the Ebels’ property, pastures are of various sizes with permanent and temporary fencing. Rotations are based on minimum gazing height of species being managed and grazed; adequate recovery period for forage species; nutritional requirements of cattle; stockpile forage requirements; and logistical constraints for moving livestock. Under the Ebels’ management, native grass is viewed as the primary resource and livestock simply offer a means to turn that resource into profit. One of the Ebels’ primary goals is continual improvement of the grassland.

The Ebels began prescribed burning of the prairies in 2004 and conduct burns on varying acreages of the property in February of each year. Some pastures are burned every year, others every 3 to 4 years, depending on the dominant grass species and the amount of woody species requiring control. Restoring fire ecology to the native prairie has greatly enhanced the overall ecology, and expanded and increased the species richness of grasslands on the property.
Restoration began with a broad-based planting of native grass seed using a mechanized seed planter. A mix of Indiangrass, big bluestem, little bluestem and switchgrass was planted. Some areas were recognized as those never having been plowed. In these areas, instead of broad-based seed planting, rotational grazing and brush removal were used to facilitate restoration.

Leaving these originally unplowed areas out of the broad-based plantings resulted in a valuable seed source from plants in the local ecoregion. This was critical since local-ecotype seed is mostly unavailable commercially. Herbicides have been used with discretion to control brush, and their implementation has been decreasing as the grasslands improve.

The Ebel Ranch is being used as an outdoor classroom for education and outreach to the community and beyond. Field days are scheduled for producers and grasslands managers to learn about the environmental and economic benefits of native grasslands, and how to restore and manage native prairies. The ranch has been hosting an annual field day for schoolchildren to experience hands-on learning on a native tallgrass prairie.

The Ebels realize that they have a limited time to steward the land, so the family made a long-term commitment with NPAT for protection of the prairie. Without permanent conservation and proper stewardship, a native prairie can quickly diminish. The Ebels commitment to running a sustainable ranching operation on native prairie and their willingness to share their knowledge and property with others complements NPAT’s mission of conserving and restoring prairie lands. We are so proud to have them on board!

This 366-acre property in Bowie County owned by NPAT, has bottomland forest and one of the last examples of unplowed, native prairie in Northeast Texas. Read more » 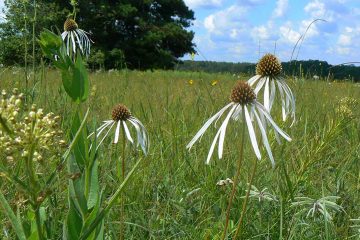 The Mary Talbot Prairie is a rare Silveus’ dropseed prairie which NPAT acquired in 2012 through the generous efforts of numerous parties. Read more » 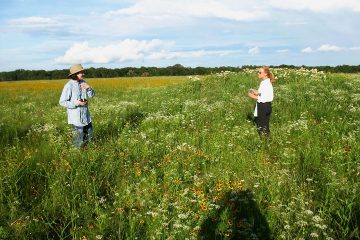