A June Visit to Maddin Prairie 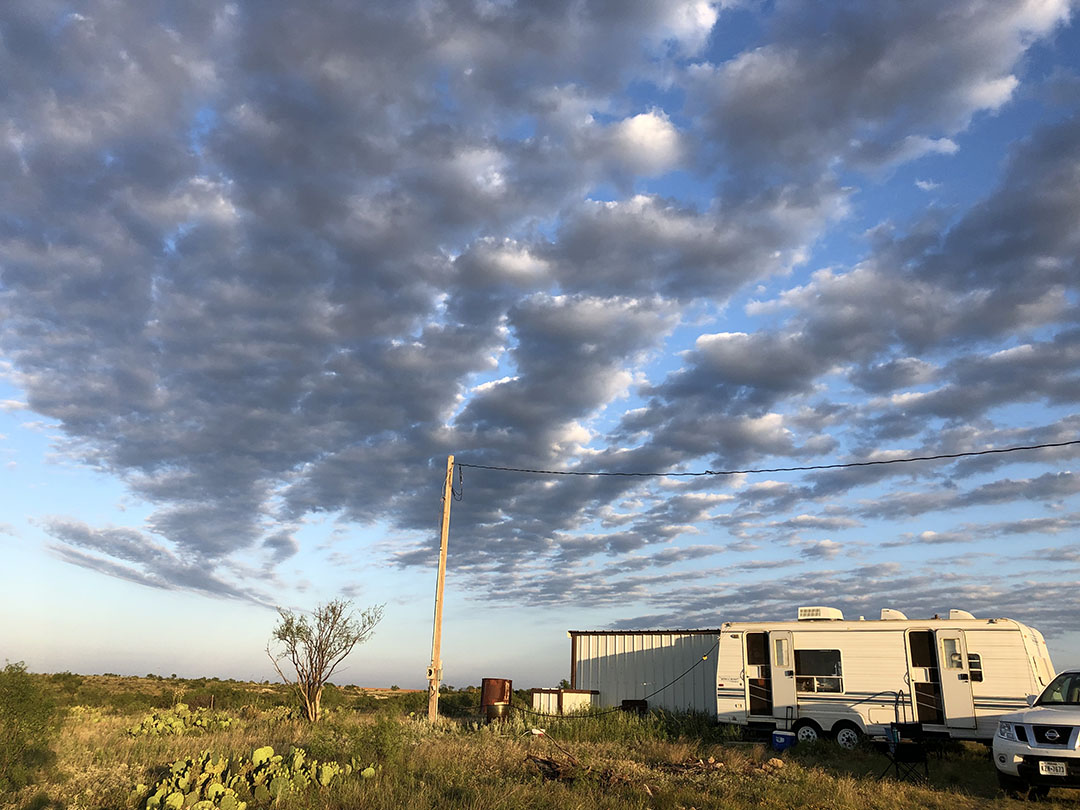 Maddin Prairie Preserve is our largest and westernmost prairie. I have been going out there every six weeks or so for several years, as a volunteer, and lately as staff. No matter when I go, there is always work to do and nature to study. This year is no different. ~Kirsti Harms

Tom Willard and Kelly Walker came out to volunteer. In addition to work, we always spend time being naturalists on the property. The weather was very nice for June—perfect for camping and not too hot for work and hiking. Got to see the moons of Jupiter. This rainy year has kept things green and blooming. Lots of insects, especially grasshoppers. Kelly is posting a growing number of butterfly and insect photos to iNaturalist (Maddin Prairie is a project on iNat). A visitor, Charleston Shirley found a beautiful ringneck snake, which may be a county record. (Then again, Mitchell County is a very unstudied area.) Lots of Texas horned lizards and other reptiles were on the move. Northern Bobwhite were calling, as were the Cassin’s sparrows. We’ve had a great year for Grasshopper and Lark Sparrows too.

TPWD LIP grant for mesquite control.  Our Landowner Incentive Program work needed to be completed this month. In mid May I was joined by four contractors to apply basal bark herbicide treatments to two mesquite thickets that are encroaching on our restored grasslands. I spent two days this week making another round on some areas that we missed. That’s about all we can do this summer. I think we made a dent in both thickets, though the back pasture wants to turn into a forest.

I left supplies and gear for use on ongoing mesquite control. It would be more effective (and less exhausting) if we treated them on a regular basis and caught the trees while they were still pretty small.

Maddin Prairie dog colony. Tom and Kelly spent time mowing and cutting brush at the prairie dog town. This is not usually necessary, but all the rain this year has caused the mesquite, catclaw acacia and a tall plantain species to shoot up. (The prairie dogs don’t seem to like this plant.) We were concerned that it was hurting their sight line. We’ve had problems come up before during very rainy growing seasons. We’ll keep monitoring this. Tom said he saw a good number of active burrows, so I feel a bit less worried.

Fence fixing. The fence across the creek was down again, probably due to another flood event. Luckily, the last repair was done in a water-gap fence style. So Tom and Kelly were able to wire it back together. There were signs of cattle having come through again. Didn’t see any wandering around though.

The roads. Because of all the rain, our roads are very overgrown. They are still driveable, but we have to go slow. One major reason is our horned lizards. They like the roads too and are kind of slow moving. The riding mower battery seems to be completely dead, so mowing has been delayed again. I will shop for a new battery, cross my fingers that it’s the only thing wrong with the mower, and try to start that thing up on the next trip.

Water troughs. Fixing the broken irrigation pipes to fill these troughs is another looming project. But for now, I’m hauling water to our two wildlife water troughs, 35 gallons at a time. Luckily it’s been cooler and rainier than normal, so they aren’t drying out so fast. Need to get my hands on a soldering gun hot enough to soften a thick HDPE pipe…

Then I rested. I guess all this may be the reason I felt so tired today. Anyone interested in visiting or volunteering can contact Kirsti Harms. We can always use the help!

Categories: In the FieldMaddin Prairie 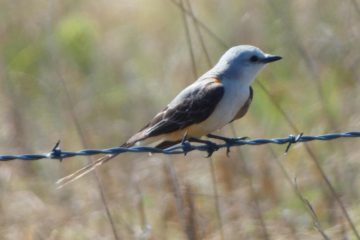 The results are in for our Second Annual Bird-a-thon! We hoped to top 2000 birds this year, and exceeded that goal by 58! The results are from counts at Kirchoff Prairie, Maddin Prairie, Daphne Prairie, Mary Talbot Prairie, Talbot Brothers Prairie and Lawther-Deer Park Prairie. THANKS TO EVERYONE WHO PARTICIPATED! Read more » 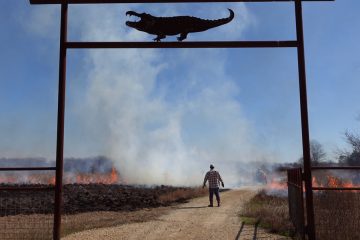 Winter is one of the main seasons for prairie burns. I got the opportunity to spend the day at the demonstration burn on Nancy Webber's Alligator Prairie. Read more » 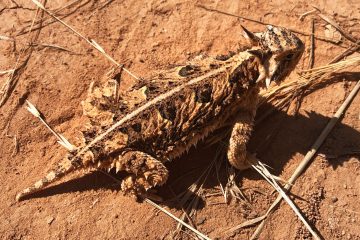 In the Field Maddin Prairie

Kirsti Harms made one of her regular visits to Maddin Prairie. Even in the heat of summer there is something to see there. Read more »